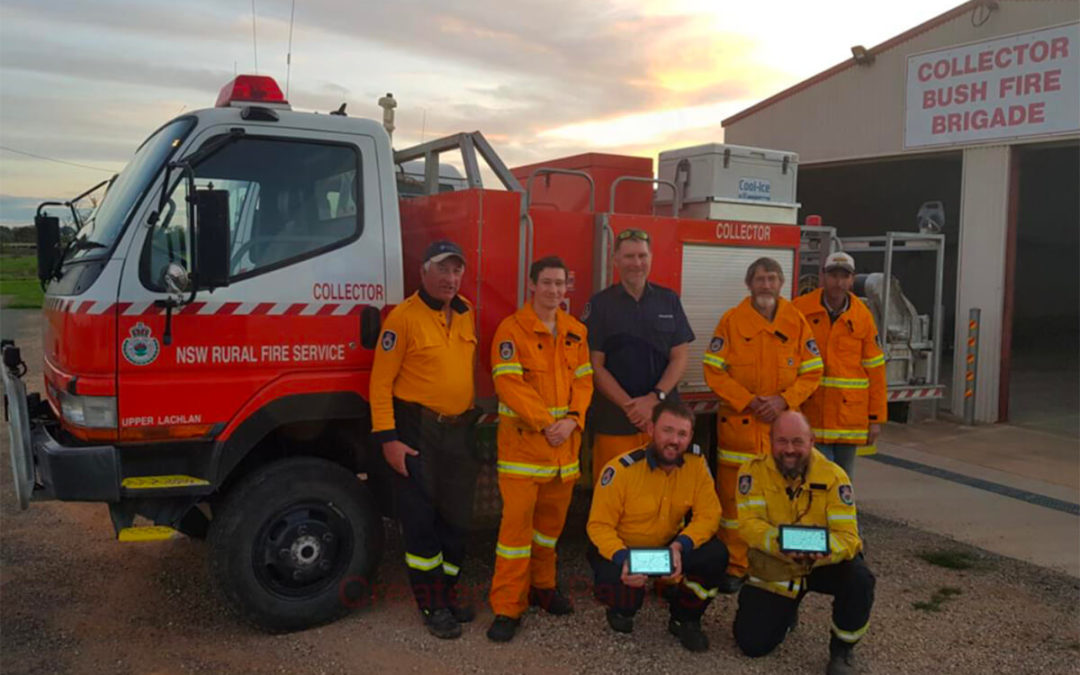 Last fall as wildfires ravaged much of Australia, we were deeply affected by the stories of destruction coming out of numerous communities. As a global company with customers and friends in the region affected by these events, we looked for opportunities to help, much like we did with the WordCamp Asia Cancellation Fee Assistance program.

As you know, Defiant Inc is the company behind Wordfence. Like many of our customers, the Defiant team is distributed. One of our senior developers, Stephen Rees-Carter, is based in Brisbane with family in rural areas of Australia. Stephen’s wife Gen chatted to the Collector Rural Fire Brigade who identified a need for new GPS units for the brigade. Stephen and Gen organized the purchase and delivery of two units and Defiant covered the costs.

We recently received a letter of thanks from the Collector Rural Fire Brigade, along with some details describing how these GPS units are being used. When in a crisis situation, having accurate navigation in unfamiliar terrain can make a difference in saving lives and property.

We were deeply touched by the letter we received, which is reprinted below along with photographs of the heroes on the front lines of fighting bush fires in rural Australia.

To the generous team at Defiant,

Firstly, on behalf of the Collector Rural Fire Brigade we would like to sincerely thank you for your kind generosity in purchasing 2 Hema navigational units for our Brigade. The support of the general public both in Australia and from around the world in our country’s time of need is extremely appreciated. Your donation shows us that our work is appreciated by not only the communities we try to protect but of those around the world that the story of the Australian 2019-20 Bush fire season has touched many hearts near and far. Your contribution to this cause has helped the effort in protecting the communities we live in and will continue to aid us to become more effective in our future efforts to protect life and assets. 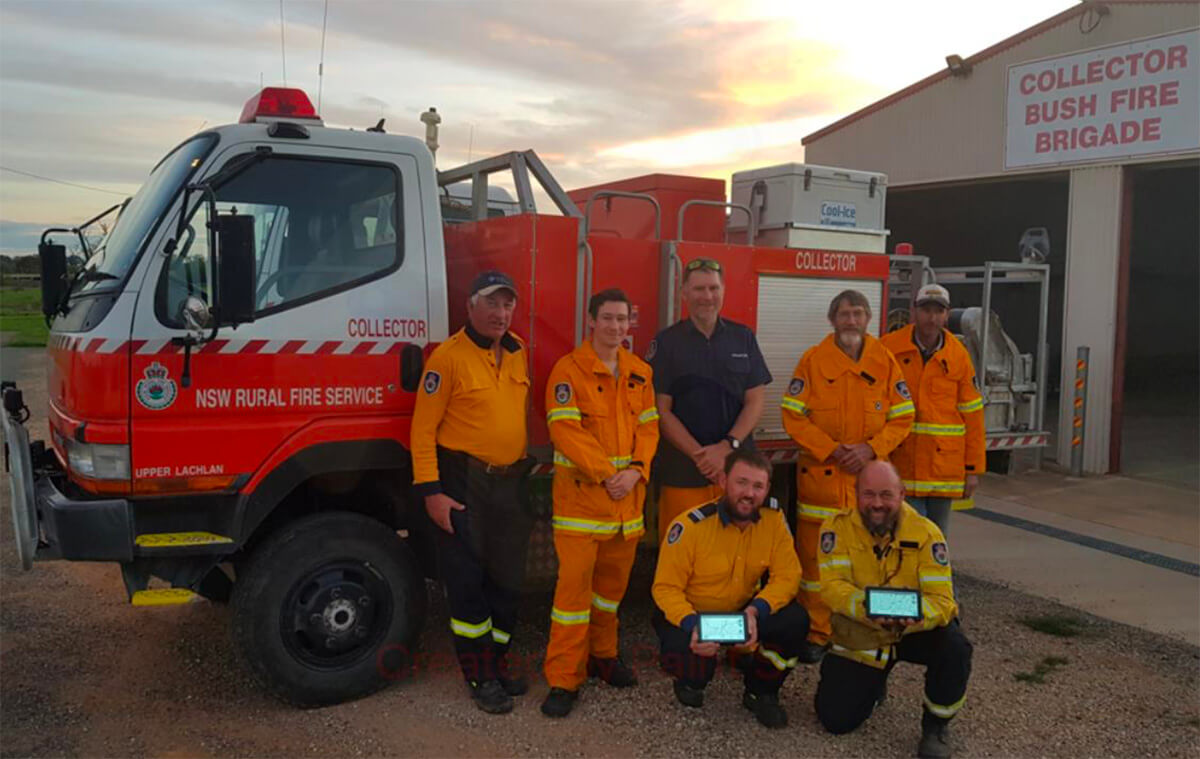 The small village of Collector is located in the state of New South Wales, 60km north east of Australia’s capital city Canberra, and 230km south west of Sydney. The village and surrounds have a population of approximately 300 people and is situated in a rural setting surrounded mainly by agriculture. The Collector Bushfire Brigade was formed in 1941, in 1995 the Collector Station was built to house tankers and equipment that had been previously housed and maintained by members. Around the same time the New South Wales Rural Fire Service was formed and from that the brigade started to receive funding from the service to upgrade equipment. Collector has 2 tankers, a category 1 tanker (heavy) and a category 7 tanker (light). The brigade has approximately 50 members, who are all volunteers, of which about 20 members are active fire fighters.

In the 2019-20 fire season the Collector brigade was called upon 20 times over a period of 55 days from 13th November 2019 to 8th February 2020 where 20 members crewed the tankers with countless hours spent on fire grounds within about 100kms from Collector. Usually in a busy fire season the Collector brigade might be called to 5 or so incidents, this season has re- written the history books and we hope that doesn’t ever have to happen again. Our main focus was on the Green Wattle Creek fire south west of Sydney which burnt through 278,700 hectares and took approximately 2 months to contain. In late November 2 members deployed to northern New South Wales on a task force to assist exhausted crews in the Grafton area after they had been dealing with massive blazes for weeks on end with no end in sight.

We were very fortunate to not have any major fires in our own area, while we did have local incidents, we were lucky enough to jump on them before they became major issues. The enthusiasm of our volunteer members and their willingness to drop everything and get on a tanker is a testament to their dedication to protect their local community and surrounds. On the 10th of February 2020, much needed rain fell across the south east of the state and the fire activity decreased and the land got a much needed soaking and all but extinguished the majority of the fires. 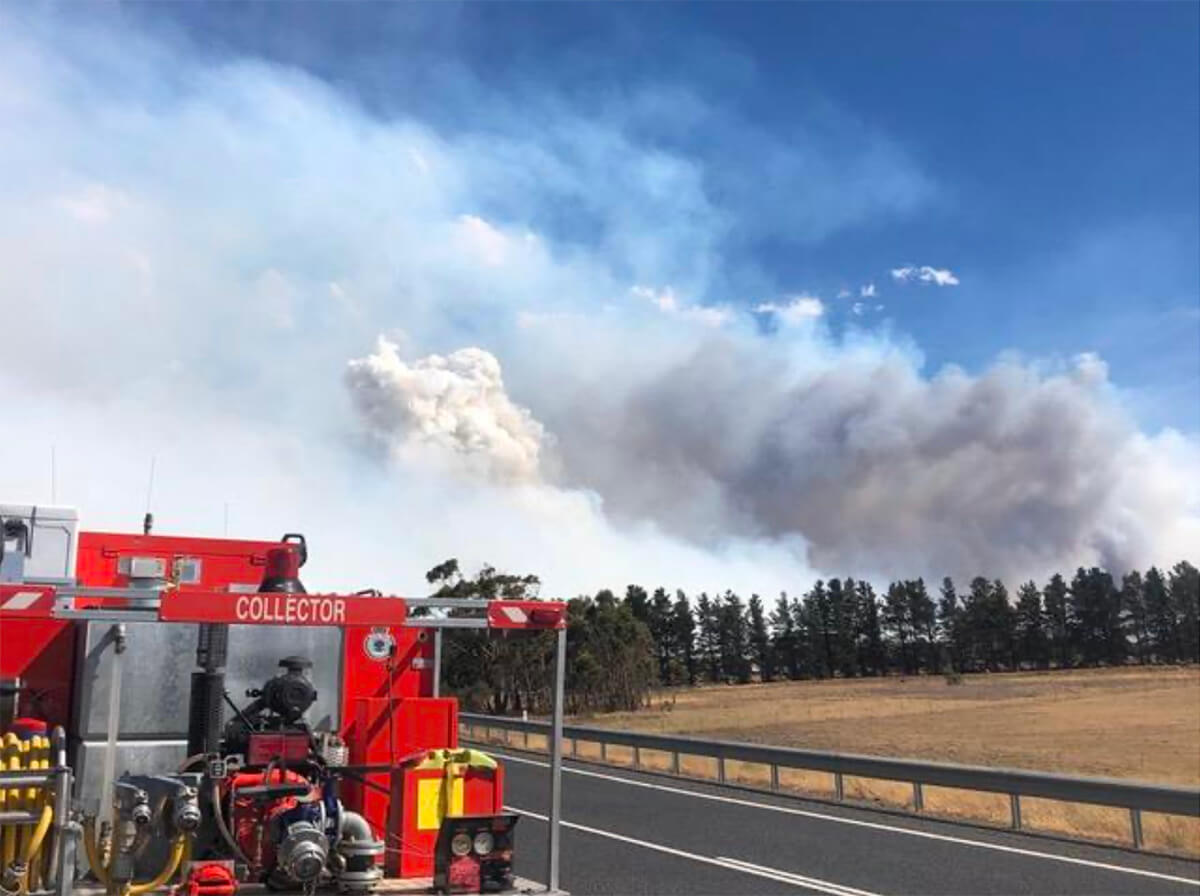 Your generous purchase of 2 Hema Navigation systems for our brigade has allowed us to bring up to date mapping and navigation into our tankers. We don’t always know where we are going and on any given day we could be sent into unfamiliar towns or areas to protect property and life. These units allow us to navigate using street addresses and locations as well as allowing us to locate ourselves on topographical maps where we can see terrain, bush tracks and property and assets all at the touch of a finger. These units have already proven their worth in making our job a little easier and straight forward especially relaying grid and Lat Long references back to incident commanders.

Once again, we would like to thank you for your generosity towards the Collector Rural Fire Brigade and wish you all the best in your future endeavours. 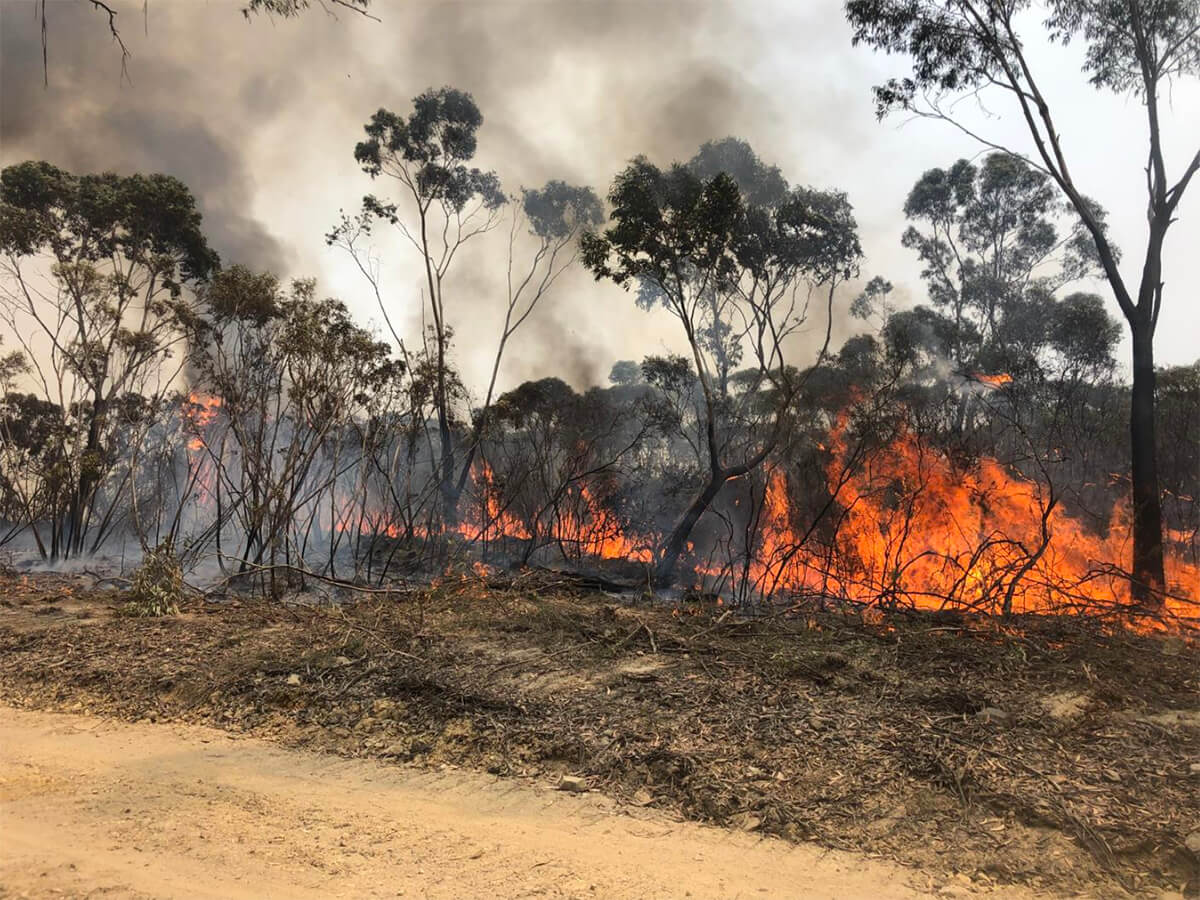